During the Thanksgiving holiday of 2015, another of our members came forward seeking prayer to be healed of a menstrual hemorrhage for which she could find no relief — medical or otherwise — for over one month. As she explained, this condition had effected practically every aspect of her life. The physical toll it had taken upon her and her husband was unmistakable. However, she reported that, as Pastor Todd laid his hands on her and began to pray, she felt the presence of God overshadow her. She further testified that, in that moment, the Lord revealed to her that the hemorrhage would cease shortly thereafter. That very evening, she noticed a slight lessening of the bleeding. The next day, even more lessening. By the third day, the month-long flow had completely stopped — and that without medication or any other manner of medical intervention.

On December 13, 2014, the Love of Jesus Family Church of the Caldwells celebrated its one-year anniversary with a special banquet at Caldwell University. More than 100 guests helped us commemorate the church’s impressive inaugural year. Among the special guests invited to minister during the event were Rev. Drew Struss of Christ Chapel of Essex, Ministers Carolyn Keith and Osmond Collins of the Love of Jesus Family Church Choir, Elder Sonia Kimble-Ellis and Rev. Pamela Roberson with the Spirit of Praise Dance Ministry. The keynote speaker for the anniversary was Dr. Jason Alvarez, founder and senior pastor of the Love of Jesus Ministries, headquartered in Orange, New Jersey.

In addition to delivering a life-changing message, Pastor Jason blessed those in attendance with several songs of worship and praise.
Perhaps most precious was the wonderful performance rendered by the youth from our very own LOJ Caldwell Children’s Church Choir, who sang, drummed and danced to a selection choreographed and directed by Pastor Todd’s wife, Trina.

While we thoroughly enjoyed this wonderful time of celebration, we look forward with great anticipation to what God has in store for us in the coming year!

To see more highlights from our First Anniversary, please view our Photo Gallery. 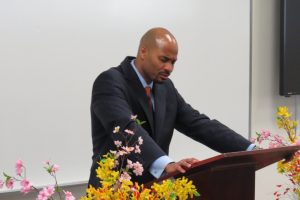 “Words To Live By” Airs on Comcast 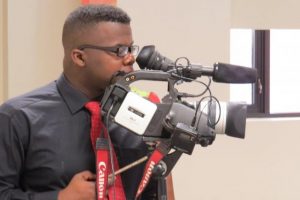 “WORDS TO LIVE BY” television broadcast launches!
On April 13, 2014, the Love of Jesus Family Church of the Caldwells kicked off its groundbreaking television program, “Words To Live By,” featuring Pastor Todd and other special guests. The half-hour broadcast airs every Sunday morning at 10 AM on Comcast channel 96. Be sure to tune in and let us know if you have been blessed or helped by the broadcast.  You can write us by filling out the “Contact Us” page here, or you can email us here.  You can also call the office at (973) 676-4200, or leave a voicemail message for Pastor Todd at (973) 620-8LOJ.

In only our first month after opening our doors on December 15, 2013, our very own Pastor Todd was honored by WMCA 570 AM, New York’s leading Christian teaching and talk radio station.

On January 19, 2014, Nick Brino, the Director of Ministry Relations for WMCA, visited the Love of Jesus Family Church of the Caldwells and announced to the congregation that our ministry would be featured as WMCA’s “Church of the Week.” In addition to presenting Pastor Todd with a plaque from WMCA, Mr. Brino interviewed him “on air” about the mission and vision of our ministry. He also featured one of Pastor Todd’s dynamic teaching messages during AM 570’s Sunday afternooon broadcast.